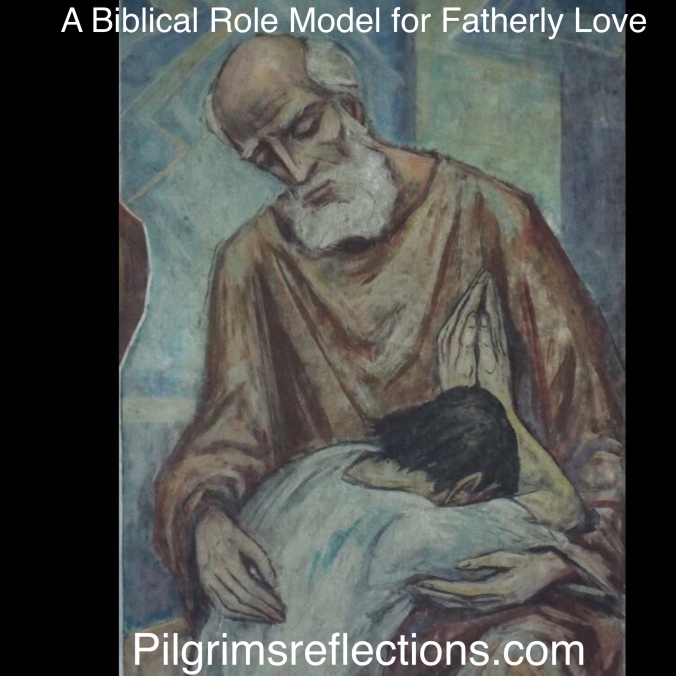 One of the most celebrated parables of Jesus is the parable commonly called the Parable of the Prodigal Son. It is celebrated because we, as self-acknowledged sinners, see the awesomeness of God’s grace extended to us pictured in it. We look to this story to help give us relief when we know that we are not worthy of such extravagant love, but still need the reminder that God is just as extravagant as the father portrayed in this parable. This is not necessarily a bad thing, though I occasionally wonder if we don’t fixate a bit much. It seems to me that both the father and God look at the situation, and then say “now let’s move on”, while we are stuck at the spot in the road where we meet the Father continuing on with our rehearsed lines. But let us look at what it looks like when we move on. I propose a thought experiment. (Yes the Philosopher and Theologian in me are showing.)

Imagine 20 years later, and the Prodigal son is working alongside his father and brother, and their servants, just like he never left. Everyone has all but forgotten the son’s transgressions, as it has long since been dropped from the town’s hot gossip. The young men never think of the once much discussed scandal. The son is seen just as his brother is seen, faithful, honest, and true. Now imagine that this son comes across some young men that are the town’s talk, as they tend to be up to some ill-advise practice most of the time. What might this interaction look like? Perhaps the son could give them a word of advice, being as he knows much about such a life style. But there are two primary problems with this. One, they will likely not think him to know what such a lifestyle is like, the thrill, nor the pain and loneliness. Two, in order to get their attention, he would have to expose his former shame, which may hurt his father all over again.

I’m convinced that many Christians are trapped in this very dilemma. We look around us and see people living in manners not consistence with their Creator’s design. Much like the Prodigal son they have demanded immediate pleasure and gratification. We, as Christians and reformed sinners, know what it is to be in open rebellion with God, and therefore could connect on this level with those that are still in open rebellion. However, to do so often means that we must expose our shame, at least in part, with those that can’t see past our unblemished status in Christ. That is to say, we have to be vulnerable and transparent with those in the world, which we are called to be anyway. The problem with this is that if we expose our shame again, we in turn, point to the shame of the father to have such a child as us. If you’re saying that’s not a problem, then you are both right and wrong. It is very true that God’s grace extended to us should be shouted from the rooftops, but it is equally true that the brother in the parable is still to be found stalking about, angry that the Father is so forgiving.

It is not unlikely that the “faithful son” in our scenario would still be displeased that his brother was allowed to return. In fact, I have heard of people walking away from the faith because they could not abide with a God that would should such grace to one they deemed unworthy. Which brings about the difficulty with revealing our sins to show that we do indeed bear the marks of one who has trod the road of the wayward. We can shine a light on God’s grace, yet leave hidden His very real justice. We can illuminate His love as His core attribute of righteousness, and forget to point to His holiness. Of course, the reality is that God’s Grace, Justice, Love, Righteousness, and Holiness are as intertwined as the persons of the Trinity. Just as we can say that God is The Father, The Son, and the Holy Spirit, and all three are distinct persons, yet none is more or less God than the other, so to are God’s attributes. God cannot be Love more than He is Just, yet bot attributes are clearly distinct attributes. There is no core attribute any more than there is a core person in the Trinity. We may emphasize one attribute over the other, just as we me emphasize one person in the Trinity over another, but this does not give either primacy.

This must be understood because God’s justice and mercy work in tandem, just as was shown in the parable. The son was shown mercy and justice simultaneously, just as we are. God did not compromise His holiness to save His creation, He illuminated it. He showed His love and righteousness on the cross. The debt was paid, and we are met on the road by the Father, running with robes in hand, to meet us where we are. But please note, the father did not leave the servant on the road, neither does God. Just as the father would have surely required the son to be about his business, so too God requires us to be about His business, part of which is growing in holiness. The world doesn’t know what grace truly is, nor does it know that there is no sin too dark or big for the blood of Christ. The only way they will know is by the grace-cover sons and daughters of The Kingdom sharing the glorious mercy they have had poured out on them. It is my prayer that God shines in the lives of all His people, showing His Love and Justice as we proclaim His deeds through our words and actions.